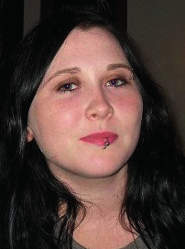 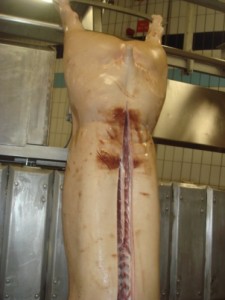 On 29 – 30 April 2015 Denmark hosted an international conference “Improving Pig Welfare – what are the ways forward?“.

During the two-day conference, top academics, experts and political stakeholders from around the world debated and worked to prepare the way forward in improving pig welfare in Europe and ultimately in the world. Ministers from the Netherlands, Germany and Sweden participated.

Below you find ‘soundbites’ from conference workshops, all more or less related to the subjects of study in the FareWellDock project.

The workshop on tail docking of piglets at the Pig Welfare Conference in DK had a very interesting poll showing that 95 % of the participants believe that it is realistic to stop tail docking either immediately or within a 10 years period.

Suggested solutions and ways forward for pig welfare (from Workshop 3): Stopping tail docking immediately …and encouraging the farmer to think “out of the box”; sharing information regarding manipulative material.

Torben Jensen, Chief Manager, SEGES, Danish Pig Research Centre:
Intact Tails – A Challenge!
To dock or not to dock – what is in the producer’s best interest? (T. Jensen)
THE UNDERLYING PROCESSES OF TAIL BITING: foraging activity and tail damage are central (T. Jensen, Slide 3)
ENRICHMENT materials’ relative effect at reducing tail biting (D’Eath et al. 2014): 500gr compost/d is better than 500gr straw, but the latter may be equivalent to 12.5-20gr/p/d (T. Jensen, Slide 4)
Standard Undocked may pay off for some farmers but it is a more risky choice and has inferior welfare to Standard Docked (T. Jensen)
Cessation of tail docking increases the incidence of tail biting even in well-managed herds (T. Jensen)
Tail lesions are more frequent in organic and free range production than in conventional production (T. Jensen)
By tail docking producers are acting in their own best interest (T. Jensen)
To compare welfare consequences of no docking at a farm level the number of tail bitten pigs must be considered (T. Jensen).

On 29 – 30 April 2015 Denmark hosted an international conference “Improving Pig Welfare – what are the ways forward?“.

Below you find ‘soundbites’ from posters presented at the the conference, all more or less related to the subjects of study in the FareWellDock project.

Increasing amounts of straw increase growing pigs’ production and healthLene J. Pedersen, Mette S. Herskin, Björn Forkman, Henrik Elvang Jensen, Margit B. Jensen
Aim: To quantify the amount of straw needed to achieve health and production effects, we investigated the effect of straw amount on the prevalence of gastric ulcers and production parameters.
Animals & housing: In both experiments pigs were housed in groups of 18 per pen, with partly slatted concrete floor (0.7 m2/pig) and fed a commercial dry feed for ad libitum intake.
Conclusion: The average daily gain (ADG) increased by 8±17 g/day for every extra 100 g straw added daily (P<0.001) resulting in 42 g higher ADG at 500 compared to 10 g straw provided. The feed conversion ratio was not affected by amounts of straw. The proportion of pigs with ulcerations was reduced by permanent access to straw (7 vs. 33%; P<0.05). Based on these results, production and health parameters were improved by increasing amounts of straw to pigs kept in conventional pens.

Experiences with Intact Tails in Well-Managed Conventional Herds
H.P. Lahrmann, T. Jensen, E. Damsted
Even in well-managed herds in average one out of two pigs is at risk of getting a tail lesion between 7-85 kg (Lahrmann et al., pilot study in DK).

Straw Use and Prevention of Tail Biting in Undocked Pigs – a Survey of Housing and Management Routines in Swedish Pig Farms
Stefan Gunnarsson, Beth Young and Rebecka Westin
The Swedish farmers reported limited problems with tail biting in finishing pigs. In nurseries tail biting was rarely observed.
Straw was provided to the pigs more or less daily.
Distribution of straw caused no problems with the manure system in 58% of the nurseries and in 81% of the finishing units (Gunnarsson et al.).

How to solve a conflict without getting into a fight? Space for conflict resolution should not be regarded as an unnecessary luxury (Camerlink et al.)

On 29 – 30 April 2015 Danish Minister for Food, Agriculture and Fisheries, Dan Jørgensen hosted an international conference “Improving Pig Welfare – what are the ways forward?“.

During the two-day conference, top academics, experts and political stakeholders from around the world debated and worked to prepare the way forward in improving pig welfare in Europe and ultimately in the world.

Below are ‘soundbites’ from video-interviews with legislators attending the conference, all more or less related to the subjects of study in the FareWellDock project.

A pig is an intelligent animal. It is a sentient being. Therefore, it needs to be treated with respect (Dan Jørgensen, Danish Minister for Food, Agriculture and Fisheries)

Finding solutions in how we can produce pigs in a competive manner, but at the same time improve the animal welfare, is an extremely important task (D. Jørgensen) Dutch pigs are top quality animals: they are healthy, fertile and, if I may say so, good to eat (S. Dijksma)

Pig welfare is playing a growing role in where the Dutch pig industry is at present (S. Dijksma).

The Dutch care deeply about animal welfare. Animals have intrinsic value, i.e. value in itself, independent of people (S. Dijksma).

We are happy other countries share our conviction. Together we will be more succesful convincing the agricultural sector worldwide to put the welfare of animals first (S. Dijksma).

I call on the sector to make every effort to prevent tail biting as much as possible…. My aim is a complete ban on tail docking (S. Dijksma).

Animal welfare also means animals must be able to exhibit their natural behaviour. Pigs investigate their environment by rooting and biting. (S. Dijksma)

When we eat meat it is good to know that the animals from which our meat derives have had a pleasant life (S. Dijksma)

I’m convinced that nothing beats the taste of pork chops of a pig that really lived well (S. Dijksma)

It is wrong to put farmers in the bank of the accused ones (Christian Schmidt, Federal Minister of Food and Agriculture, Germany – “Minding Animals – Ways to Improve Animal Welfare“)

[In EU pig production] We must focus on quality, and quality means animal welfare (S.-E. Bucht)

Good animal welfare is not about the health and well-being of our pigs. It is also about our own health, and of our children, and of our grandchildren (S.-E. Bucht)

About truely good food, we all have a lot to learn (S.-E. Bucht)

The EU strategy for the protection and welfare of animals (2012-2015) was focused on the enforcement of the EU rules (D. Simonin)

[In the European Commission] Work is still ongoing on the development of guidelines aiming to achieve better implementation of the use of manipulable materials (D. Simonin)

Problems with the treatment of pigs are among the most important problems to be improved as regards animal welfare (Janusz Wojciechowski, MEP and Vice-chairman in the Committee on Agriculture and Rural Development)

Esp. European pig farming is increasingly industrialised. Thousands of pigs in one place is not good for animal welfare standards (J. Wojciechowski)