As a follow-up to the German tail biting research review, German federal research institutions are currently making arrangements for better cooperation and coordination of their tail biting research. Representatives agreed to update an existing lesion scoring format from 2011 in such a way that it can be used to score tail and ear lesions in basic research as well as on-farm projects. In addition, a web-based database for tail biting experiments and projects will be launched in 2016 in order to facilitate knowledge exchange. The database will be based at the Institute of Animal Welfare and Animal Husbandry (ITT) within the German Federal Research Institute for Animal Health (FLI).

The German Federal Ministry of Food and Agriculture (BMEL) also recognised the great importance of tail biting and other pig topics, and granted a new permanent pig welfare research position at ITT for 2016. 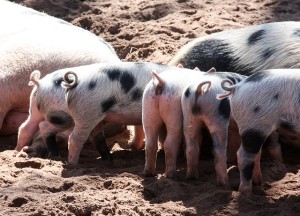